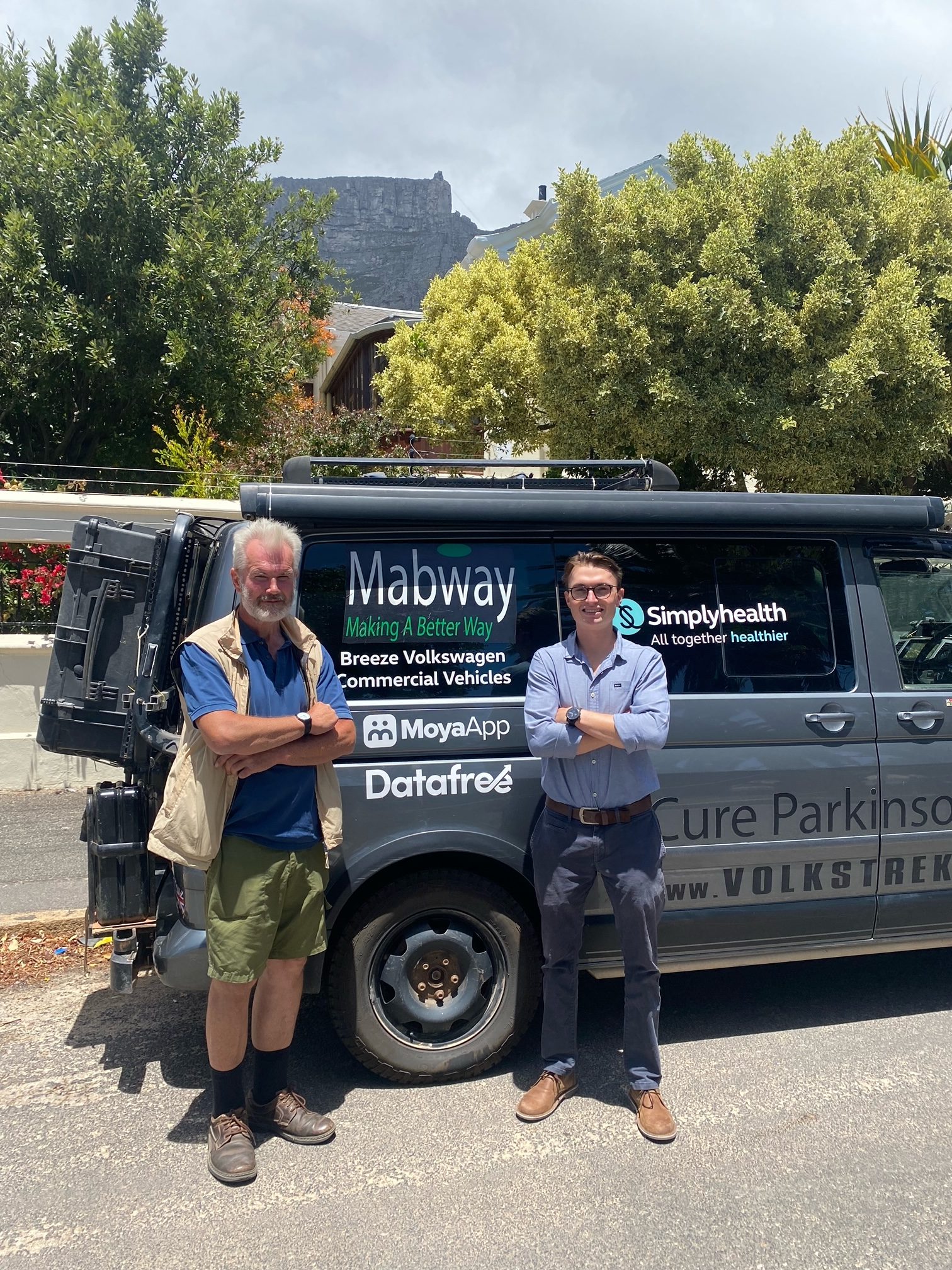 In 2016, Guy Deacon (featured left in the picture) took up the challenge to raise awareness of Parkinson’s disease, by travelling from the United Kingdom to Cape Town, South Africa by car.

Parkinson’s disease is a brain disorder that causes unintended or uncontrollable movements, such as shaking, stiffness, and difficulty with balance and coordination.

Guy has Parkinson’s disease, which makes this staggering 19,000 km + journey across Africa that more impressive.

He appeared on many African radio and tv stations, reaching over 500 million people in the process – an incredible amount of awareness raised for a really important cause.

Unfortunately, the covid-19 pandemic halted Guy’s journey in Sierra Leone. This, however, did not deter him and he continued his trip in 2022.

Guy arrived in Cape Town on the first week of December 2022, completing his remarkable journey. One of MoyaApp’s employees met with Guy to hear about his trip and to receive thanks for the support.

Should you feel so inclined to donate to the cause, you can do so here